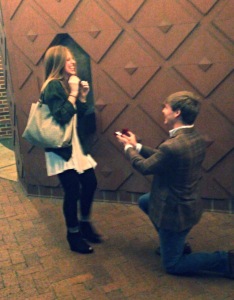 Grow Old With Me Mr. Everett…

I figured since I plan to be writing in here some and as y’all get to know me, y’all will also get to know my fabulous fiancé and how I am more blessed each and every second of the day I get to use that word. 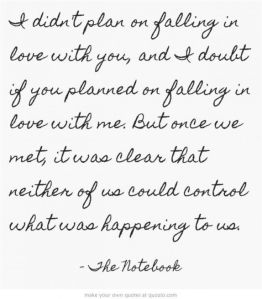 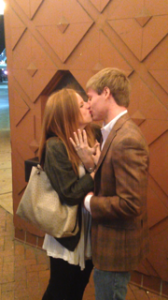 Meeting Martin did not put me in the mind that he was my forever, actually he was not even my tomorrow the first time I met him. He was simply just a boy, but God was looking down and just thinking at how wrong I was, because this boy would eventually become my forever, my strength, my best friend, my soul mate. It takes a lot for me to trust. I rarely ever do trust. I have trusted in the past and I always ended up regretting it. So going in to college, I wanted a new life. A new “me”. I wanted to start over, so I did. I made new friends, I made myself into the person I thought I wanted to be, however the whole time I was making myself, I never knew at the time that God did not want me that way and for a while I never knew that. I was selfish. I thought what I was doing or saying was always right.

First semester of freshman year had ended and yes, I had a great time, made new friends and plenty of memories, but there was something missing. I still felt like there was just something wrong. God soon would change my whole world.

As second semester started, so did classes, I had signed up for a biology class to take with one of my cherished friends Sydney Anne. Each class we would sit next to each other and there were always a couple boys that sat on the other side of her and I. I never really noticed any of them..but for some reason one night after finishing at the gym, my friend Sam ended up saying hello to the same boy I had met in the previous semester [Martin]. I like to think that I can pretty much keep my cool in front of everyone. I like to say I can work a crowd and not really have to think of myself of words..but when this boy was talking to Sam, I froze. Once he drove away, I quickly told Sam I needed to meet this boy. Sydney Anne said not to text him, but to let him text me..but that just could not happen..I had to have this boy’s number. So of course, my luck, Martin just had to be stubborn and not text me back for a long four hours after I had first texted him. It wasn’t long before I quickly fell for this boy and we began dating..but it was not the little dates and short talks that made me fall in love with this boy.

It was the fact that he was the first man to ever, truly, stay when times got hard.

I have had relationships, sure, but have I ever had a man love me like Jesus does? No. Never, and that is exactly what Martin did.

I am not going to go into a long range of details with the stories, because I may be writing a novel if I do..but I will try my very best.

Dating Martin was not always easy. I believe any couple that says dating was always so easy..is lying..how do you know where you will stand if something goes south, if while dating nothing bad ever happened? I mean I will say most do not go through what Martin and I had gone through..from financial to friendship to illnesses, we never really had the chance to enjoy each other..we were always trying to fight another battle together just to see the next day. It was how Martin became stronger each day I grew weaker. It was when the times I did not think I wanted to keep fighting that he fought harder. I never grew up in the traditional home where your dad was your knight and shining armor and every boy you met, if he didn’t add up to your dad, than he was quickly asked to leave..I never knew what to look for in a guy, I only knew what to not look for in a guy. So at a time in our relationship, when things got really hard, really dark, and Martin only wanted to comfort me..I did not know how to handle it. “No one comforts me?” I would always play in my head. It got to the point where I did not know how to even handle being comforted or even loved when I didn’t even love myself.  I guess you could say when I was most lost was when I found myself..and if it weren’t for Martin, I do not think it never would have happened.

“For I know the plans I have for you,” declares the Lord, “plans to prosper you and not to harm you, plans to give you hope and a future” Jeremiah 29:11

Martin led me to the cross and through Christ my world changed. I recommitted my life and with that I allowed myself to trust and I allowed myself to love. I realized what love was and I realized what love was not. I realized it is the understanding of just the two in the relationship, not what everyone thinks or says, I realized it was forgiveness and grace, I realized it was patience and hope. Martin and I fell in love in the best way possible. We fell in love through the love of Christ. I loved Martin when I was lost, but when God showed me my purpose, my love became stronger than I could even put in to words.

People are going to, most likely, question how after a little over a year and a half and at the age of 21, I knew Martin was the one..but I have no question or doubt in the world. 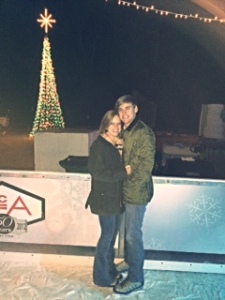 From my past, doubts have always occurred and sometimes they become bigger and scarier than others..but with my faith and the love Martin shows me, I never have them anymore. The day I said yes to the four worded question has been the best day of my life. I took a fresh, brand new step with Martin and I could not be happier to have grown from the past, but also be able to put the past behind us. We have the love we have today because of our past. No, our dating was not normal and it was nothing like the ones you read in a Nicholas Sparks book, but it was what we needed. I needed to be shown how to be loved and how to love. I needed to know that when things got hard and dark, Martin was not going to leave me, but to hold on stronger. I was taught what true forgiveness and grace is and I learned that the way God answers prayers is the greatest miracle on this Earth. I wish we had the chance to be able to focus more on each other, but I get the opportunity to focus on him for the rest of my life. I know with out a doubt that the journey I am embarking with Martin will be the greatest one to partake in, because we have been through the hard, sad, dark, and difficult, and I know when more come our way, we will be even more prepared to take them on. However, instead of me trying to fight them myself, I will have him next to me fighting them together.

I am forever blessed with the love I have found in Martin Everett.

This is my little slice of cyber space to share our adventures as a new family, speak of His truth, + to show my vulnerable side to reveal God’s pure love for His people.